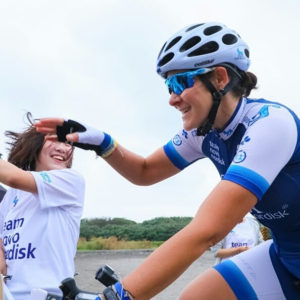 I was a different person yesterday, I thought. Just days before, I had been wrapped in the comfort of gratitude. Without warning, the tides of life and change and human evolution and eroded it all, leaving me with the sense that I was sitting on the ledge of disaster.

My husband had lost his job of 27 years. We had no health insurance, which was a terrifying proposition for someone living with type one diabetes. My cycling sponsors had just ended their support of the women’s team and the elite men, leaving me to wonder if I would race the next season or see my teammates again. My own job was a dead-end, with no opportunities for advancement or increases in income. I didn’t even have a 401k.

“It’s a mess, Cesar,” I said. “How do you do it? How do you go from being this person with a specific identity all this time to being something entirely apart from that? Cycling isn’t just what I do. It’s been the road to who I am. And now? Now, I have to put all my energy into making money at this job that was never supposed to be my career. It was just something that worked with my racing and my training. But that was when I had sponsors, and Dennis had a job, and I had health insurance…”

Cesar was stoic. I am a sponge, and the pores of my body easily lap up the emotions of others. Cesar is a different kind of person. He is a house of bricks. He’ll look out the window, maybe invite you in for a bit, but he never wants to own anything that comes from outside. When the inevitable happened and the cycling contracts became increasingly leaner as the training and racing demands increased, he simply shrugged and walked away. He let go of his ambitions in the sport, like winning Leadville, and wrote a different script. He built a successful business, bought a motorcycle, rode from his home in Colorado to the place of his birth in Columbia. He found ways to satisfy his wanderlust and sense of adventure without pains of nostalgia. 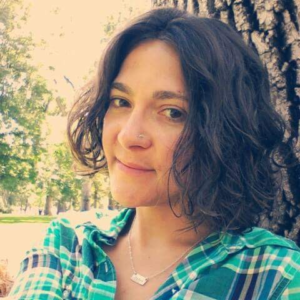 He smiled. I could see that he was thinking back on his own moment of decision…. on the second when he decided that the end of the dream had finally arrived. The instant that he let go of the string, and the balloon holding all of his goals and ambitions floated toward the sky. “It will be ok. It will be hard at first, and then it will be ok.”

I think back on that moment and those words with frequency. He was right. The days thereafter were hard, but they inspired me to push harder and move beyond my comfort zone. My old sponsors retained me as a brand ambassador. We built a new team with a stronger, more optimistic mission. I sought new sponsors, and found the best partners in the industry, leaving me to wonder why I ever waited so long. And I stopped working for the man who had employed me and instead became his partner. I took risks, shook off heartaches, put one foot in front of the other and ended up realizing that without a few cracks, the light never passes through.

Now, in my toughest, saddest, most challenging moments, I say those words: “It will be hard at first, and then it will be ok.” Because it always is.