Apacheria continued, Dateline January 1861. The one-eyed Mexican captive Victor, wore a distinctive leather patch over his bad eye. Through his deeds in raids and battles he had risen to become leader of one of the Aravaipia Apache bands. A rank very rare for a captive to ascertain. On this day he and six other braves were on a raid on an isolated ranch 30 miles north of Tucson. They could not believe their luck when they realized only a scrawny boy was guarding the livestock and horses. They easily swooped in and claimed their bounty. The boy tried to climb an apple tree to hide but was quickly found. It was then that something that almost never happened, happened. Victor, the one-eyed Warrior motioned the boy to jump on the back of his horse. It was then he noticed that like him, the boy only had one eye, it was recently hooked by a wounded deer. What was unusual was a boy that age would normally have been killed on the spot or taken back to the camp and killed. Perhaps it was the one-eyed common link or the fact that he was fearless and immediately adapted to the ways of “the people.” They let him live and brought him into the fold with other braves in training his age. His distinctive red hair and one eye made him visually unique to the Apache and later The White eye. 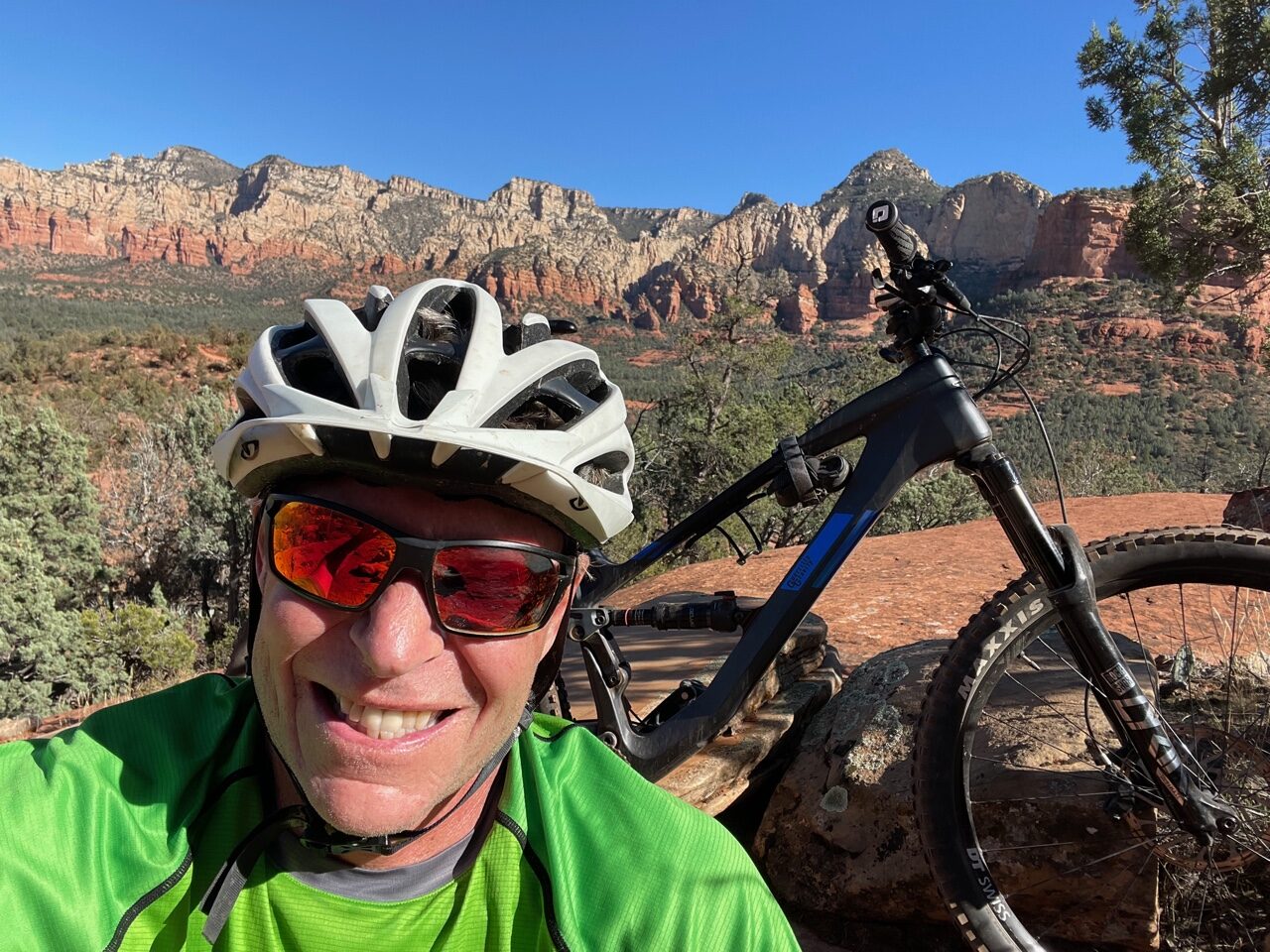 When the final chapter was written it was agreed by both sides that this boy who was renamed after a popular literary fictional character in the novels of the day was to become known as Mickey Free—named by the Soldiers at Fort Apache that gave the scouts nicknames since they could not pronounce their Indian names.

Mickey Free was described as 50% Native American/ 50% white man and 100% “don’t mess with me”. In time he became the most daring and highly compensated Scout in the Army and lived in both worlds with two Apache wives but a taste for whiskey, poker and fine boots. Kit Carson was a friend and admirer. If there was one figure in the Apacheria that was the cause of what could be called the Apache wars, the finger needs to be pointed to Mickey Free.

Sunday morning and the Phoenix weather lady was sadly trying to console the residents of this hot, over ambitions slab of concrete that Fall would eventually arrive. She “Guaranteed it” but until then, another week in the mid 90’s. To say it’s been a long hot one in that neck of the woods is an understatement. I planned to ride my Mountain bike in the largest city park in the United States. South Mountain City Park & Preserve. www.visitphoenix.com

At over 16,000 acres and everything from mild to wild this oasis of nature in a very urban city is indeed a slice of heaven.

The plan was to get 3 hours of work on those trails and then head to visit my daughter at her Sports Bar gig while she finishes up at ASU at a place called Phillys Sports Grill www.phillyssportsgrill.com which is located so close to the trails some guys ride from the lot. I’m attempting to do something this week that you are not supposed to.

I’m trying to still get into form before the 105 mile El Tour de Tucson road race happening in 6 days.  I need three good hours of hard steady work to keep the dream alive. Usually, we head up to the gnar that South Mountain is known for, but today I’m riding the lower trails in search of a good 3 hour cadence. I got a late start and immediately realized the error in my ways. It’s already 90 degrees at 11 AM. My water is warm. After a while the heat shock subsided, and I settled in for some good consistent work on the undulating Sonoran Singletrack. I noticed one thing, of the 20 or so riders I greeted during that session only 5 returned the salutation, the rest just looked so hot and “over” the heat they didn’t even change expression when we passed. I hope they saw the weather lady “guarantee” cooler temps next week on TV today.

After a quick change and triple locking my bike to the ship, I auger into Philly’s, which is a big time operation packed on a Sunday. My daughter quickly hustle’s me to the lone open seat at the bar, introduces me to the bartender and she’s off to the races. The IPA”s and conversation are both good and easy here, the food delicious. Just like in Sedona, when I reached that point of wanting to stay, I realized it was time to go, especially in zero tolerance AZ and finish the day in the friendly confines of her place. I’ll be asleep by 8 PM!

For the next 4 days a familiar order of events took place. I’d get up early pack a change of clothes and haul ass to one of the many trail systems for 2 to 3 hours of riding. After that I usually had a business lunch in Tempe or Scottsdale, so I’d show up with, at best a marginal clean up before these meetings. Another interesting comparison of Denver to Phoenix is in Denver if you just came from a ride, it would be no big deal. In Phoenix you would have thought I was some kind of a nut for driving all the way “out there” to ride bikes? Then come back for this lunch?? I reminded them that since they were buying, and I’ve just burned 3,000 calories, it makes perfect sense to me. The Mc Dowell Mountain Regional Park www.maricopacountyparks.net has just what the doctor ordered; three fast and furious mountain bike tracks ( Long, Tech and Sport ) that linked together rides to about 16 miles. I know the trails well and they served their purpose of offering a fast and furious two hours of saddle time before it gets too hot. Today lunch is at my favorite, The 4 Peaks Brewery in Tempe. This converted flower mill has tons of personality www.fourpeaks.com

I retreated to the pool for the afternoon still trying in vain to get the back of my legs tan. I fade in and out of sleep on this hot November day as popular Arizona based rocker Rodger Clyne and The Peacemaker’s sing about “Mexicosis” in their Southwestern anchored style of desert rock.

They put Geronimo in jail down south

Where he couldn’t look a gift horse in the mouth

In the theater of the absorb, Geronimo was actually given a Cadillac to buy his loyalty by the U.S Government.

Perhaps the most famous Apache of all. Geronimo was not what you’d call “one of the bros”. He hated “white eyes” (The Apache name for white men) but loathed Mexicans, for Mexican troops killed his young wife and baby when he was out hunting and those close to him say he was never the same after that. He was obsessed with revenge. He was a war maker and a master of his environment. As I gaze to the Superstition Mountains east of town I’m reminded if he was up there, no matter how many Cavalry Troops they would send, eventually the hunters became the hunted—and his legend grew form there.

Sometimes, only the rocks are my friends – Geronimo

Geronimo died on a reservation in Oklahoma from a broken neck after a night of drinking when he fell off his horse. Others say his warrior ways finally did him in and he died at the hands of a fellow Apache during a drunken roe. Who knows.

Headed east to the Red Mountains to the epic Hawes trail system www.fs.usda.gov. This system of trails has evolved from an outlaw / social network to possibly the crown jewel of Phoenix riding. From with a perfect amount of pitch and gnar it’s a labyrinth of single track that’s got it all. Today was my biggest workload with the challenging trails and ball busting climbs I’m starting to feel it all come together.

My daughter remarks I’m getting more lean every day.

I check my phone. My lunch person just tested positive for CV-19. Sayonara. Plan B, hit the Filberto’s close to the trail head. Again, I fetch double takes in my kit as I devour a machaca burrito and unlimited Mountain Dew.

I check my watch in mocked urgency. 1 PM to 3 PM has become pool time in Apacheria. If the Apache’s had a nice condo pool to sleep by perhaps they would have liked the valley of the sun better. 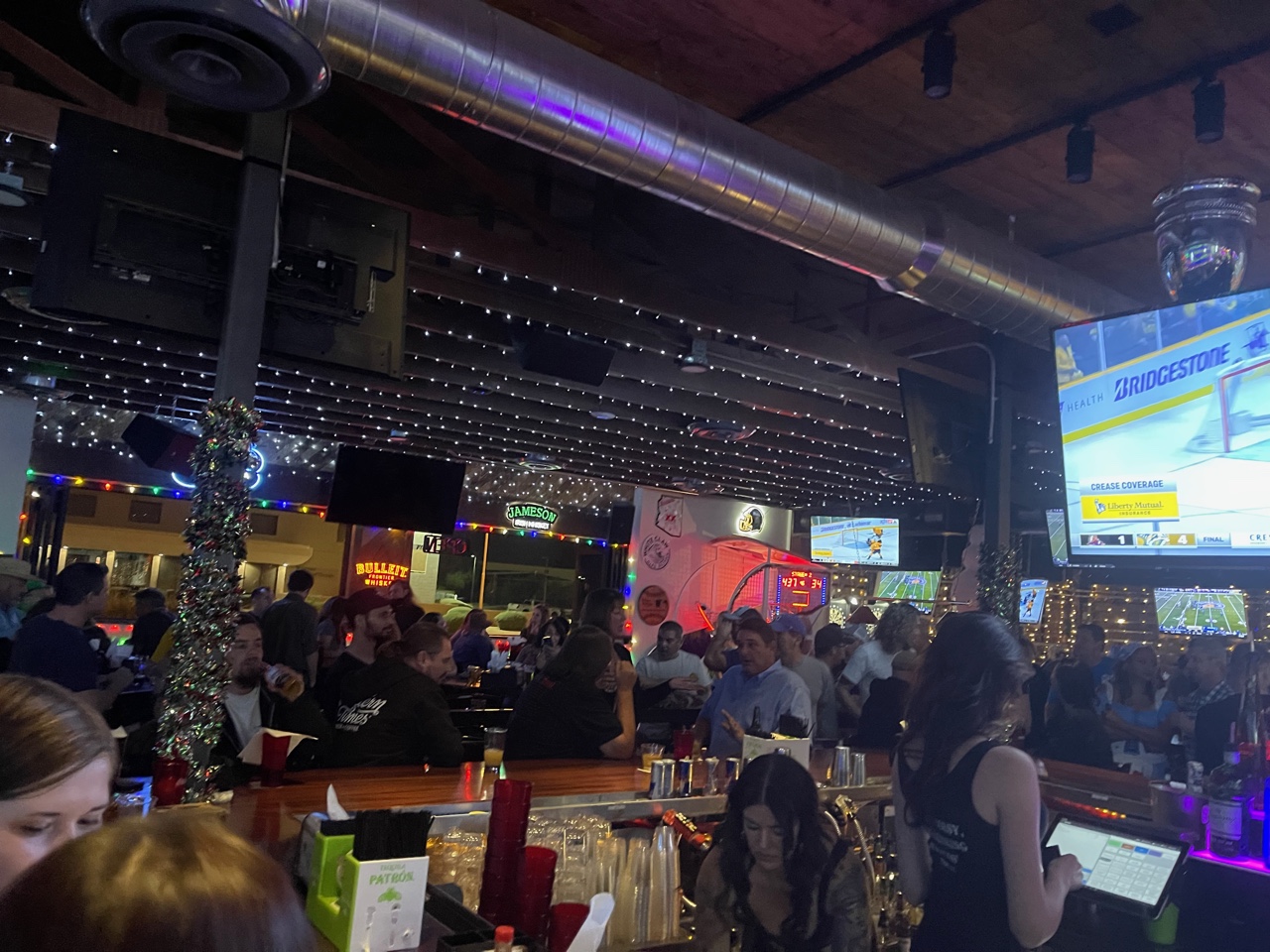 A funny thing happened on the way to the forum. I noticed the local watering hole with an emphasis on hole—Prankers Gar and Brill ( You know the pranksters switched the letters!!) finally had to be gutted and fumigated and it became Boondocks. The neon lined exterior, and the palm trees all beckoned me like a siren from shore. Tonight, my daughter and I will see what this place is all about; one last “shout” as the Aussies would say before that little matter of business called El Tour de Tucson avails itself Saturday. www.boondocksaz.com

The beer was cold, the band was hot and the next thing we know it’s the bewitching hour. Still yucking it up we stop at a Qwick Trip (not to be confused with the good Kwik Trip stores in Wisconsin which are a source of acute state pride) we quaff a couple of hot dogs before the walk back. The traffic never seems to slow down on Broadway where my daughter lives. While waiting to cross the street we take a step when the pedestrian signal showed green, and a speeding driver ran the light missing us by inches. I got a glance at the driver and his distinguishing feature was an eye patch, and he didn’t seem like the kinda guy that would have stopped. I’m reminded things are a little harder in Arizona. The frigging Ghost of Mickey Free damn near got us.

There’s something wrong with your automobile.

They didn’t have no cars on the Indian Range?

Warden, Warden listen to me

Be brave and set Geronimo Free

Whoa, boys, take me back

I wanna ride in Geronimo’s Cadillac. 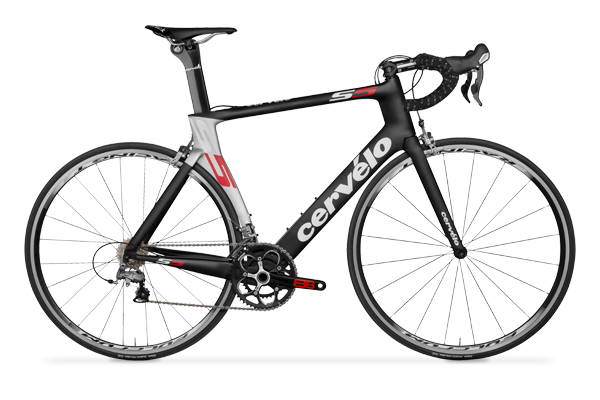 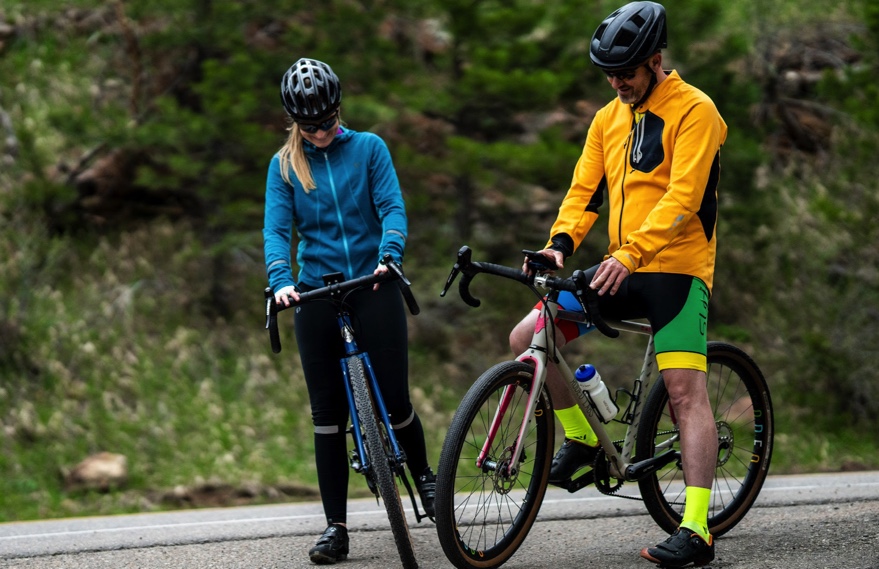 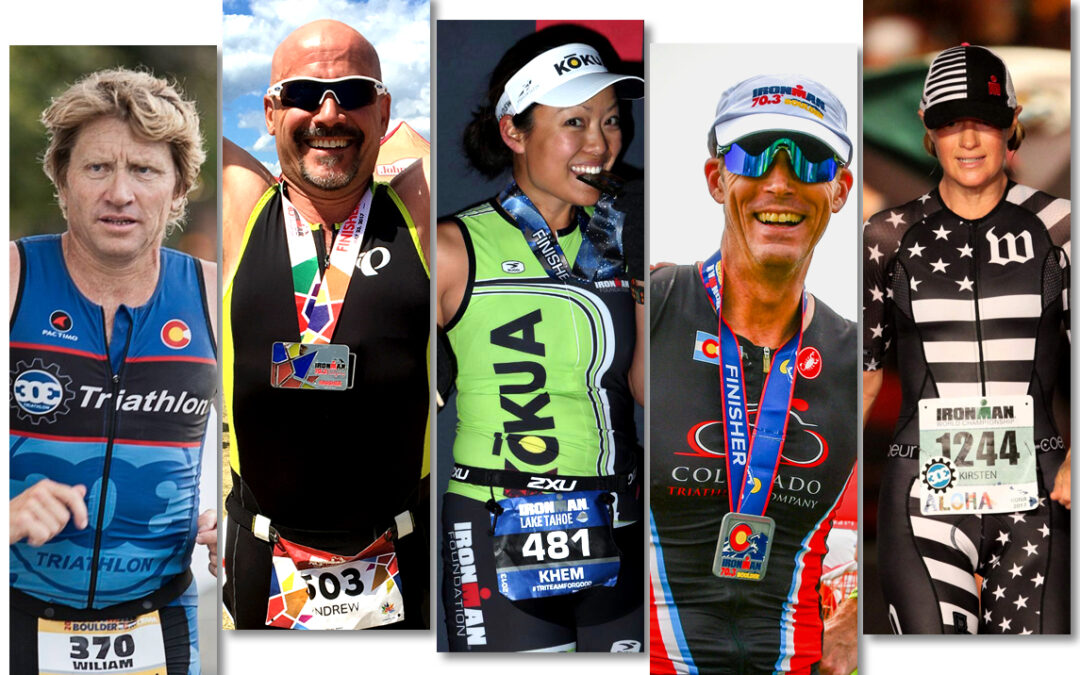