Race Report from Windy Karen Hornbostel This Past Week

By It was a typical Fall day, starting off with mild temperatures in the mid 70’s then as the sun neared the horizon the temperature dropped down into the 50’s. We had a stiff wind that didn’t dissipate until close to 5:30 PM.

Next Wednesday, the final night of racing looks to be about the same temperatures, but right now the wind isn’t predicted to be anything like this week’s was.

The wind influenced the times, with our fastest racers having their slowest times.

Brennan Wertz again had the fastest time for the men with a time of 19:36, 33 seconds slower than his last week’s race, but under the conditions, it was an excellent time.

Betsy Mercer was back on top again for the women this week with a time of 24:37, again an excellent time considering the windy conditions.

The series standing are really taking shape, however next week a lot could change.

The way the rules work is that we take the best six out of seven racesfor the series total. This really effects riders who missed a single race in the series versus riders who have thus far have ridden all six.

The rider who has ridden in six races so far will lose their lowest contribution, and gain the week’s contribution. If the rider’s lowest finish was third, they would loose 21 points and if next week the rider came in second, they would gain 23 points for a net gain of only 2 points. If rider who has only ridden five races finishes next week in first place, they would gain 26 points, possibly enough to move their standing up a lot.

Looking at the current standings, we see several categories where the ranking could change dramatically after next week’s race.

Note that if you do not see your week six standing you will need to either clear the cache in your web browser or use the incognito feature. 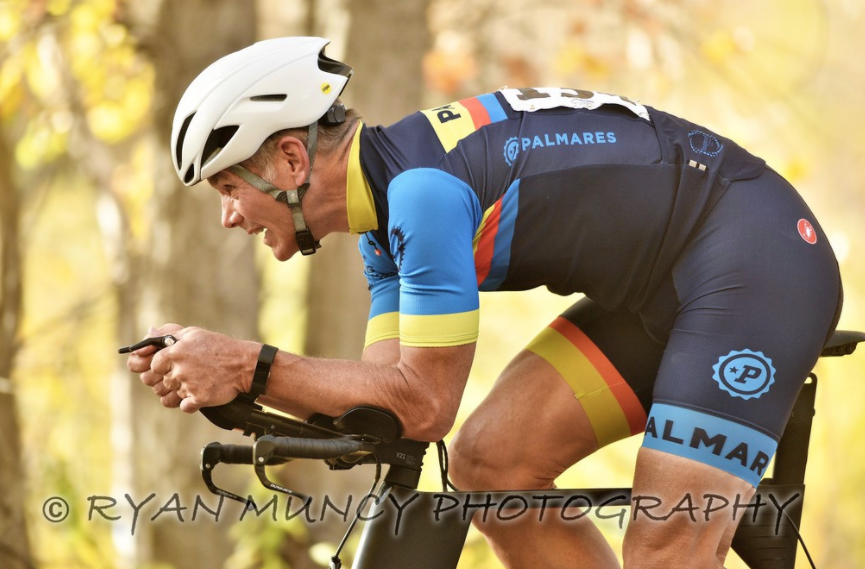 Looking at last week’s photos taken by Ryan Muncy and posted on the KHMTT.com website we noticed several riders who placed their bib in the middle of their back. Remember that the spotter and the timing officials are on the left side of the road and can only easily see your bib if it placed on the left side of your back. Their jobs are difficult enough, so please be sure your bib is positioned correctly.

Ryan Muncy has posted this weeks’ photos on his web site and you can see them by clicking here.