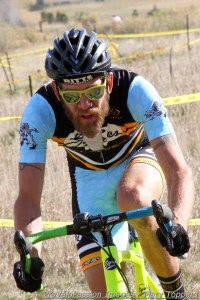 Spent some time with Jesse Swift tonight and am happy to say he’s doing very well all things considered. He headed into surgery to fix some internal injuries about 7pm tonight. Over time, he should recover fully physically.

What will likely take more time is recovering from such a brutal and violent act by other human beings. Prayers and good vibes to him and his family as they work through the trauma. Not sure how I would deal with such brutality.

I think the best thing you can do is give your family a great big hug. Jesse and Jessica would like that.

Golden police had arrived at the small, wood-shingled house, and two of the three males who had forced their way in — mistakenly believing they would find $10,000 and drugs — had fled.

“They went to the wrong home,” police spokeswoman Karlyn Tilley said of the suspects.

The third suspect, Caleb Williams, 20, was inside the house, suffering from a stab wound inflicted by Jesse Swift, Jessica’s husband, as Swift tried to protect his family.

“She was in the yard, hysterical. I just went and held her, and I tried to go and get the kids and bring them here,” Bergquist said.

Police arrested another suspect, who isn’t being identified because he is a juvenile, after the home invasion in the 1900 block of Washington Avenue.

A third adult male, who police say is Cody Aaron Jones, 20, remains at large, and police believe there is a fourth suspect, a woman who drove a getaway vehicle.

9News reported it was a case of mistaken identity, when three men with knives broke into the Swift household, mistaking the house for another in a reported drug deal. Jesse armed himself with a knife and defended his family; his children were in the basement. He sustained “very serious injuries” and is currently hospitalized:

Jesse and his family will not be able to move back into their home following this event and will need assistance with housing and relocation. Any donated funds will help this. Please see the GoFundMe link below.

Jesse has been a favorite of 303 for years:

…Jesse and his bright bike (are) all over the place. He’s just one of those guys that loves to ride his bike. And when people love something that much, it tends to be infectious. So it came as no surprise to me when I caught a picture on Instagram about his middle school mtb club. I had to know more. Meet Jesse Swift. The man behind the “Golden Beard…”

Around 9 p.m. on May 16, 2016, Jesse was attacked and critically injured in a home invasion. His wife and two young children were home at the time but were unharmed. Jesse fought back, causing two of the three men to flee (likely saving his family from harm), and critically injuring his attacker. As of 12:30 a.m. May 17, Jesse was out of surgery and in the ICU. Jesse is not only a person who is referred to as the “nicest guy” after something terrible happens – he is a rare and spectacular soul about whom everyone launches into accolades and praise at any mention of his name. He is a devoted husband and father of two beautiful children, a high-achieving and widely respected middle school teacher, and a fierce, fast and fun competitive mountain biker known across the West for his good sportsmanship and character (and for being damn fast). From all of these things, he is best and most widely known for his character-defining work ethic, compassion, wisdom, and unrelenting passion for life – and especially for his family and students. Jesse’s remarkable qualities have always made him someone of whom others speak with admiration and with deep appreciation for knowing him. Jesse has helped everyone who knows him, although he’ll humbly talk it down, and now it’s our turn to return the favor. At this point, the costs associated with his recovery and with this event are incalculable. The current focus for the Swift family are Jesse’s life and the safety of the family, but the financial impact will soon follow. For every moment he’s spent with his children, for every memory he’s made with his wife, for every student whose life he’s touched, and for every one of the infinite acts of kindness that Jesse has constantly performed, please thank him with a donation. The world is an immensely better place because of Jesse Swift. Let’s show him we appreciate that.