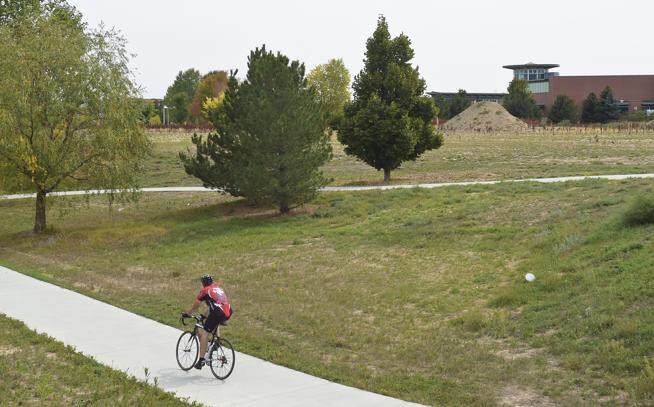 PSA to my local friends:

Saturday afternoon, I was finishing my ride and elected to avoid some wind by heading home on the LoBo Trail. I encountered a homeless couple just past the turn off to the Longmont Rec Center, about 100 meters from the underpass below Ken Pratt Ave. This is Boulder County. There are transients everywhere, and I usually just hand them wherever ride food I’ve got left in my pockets. But this couple leered at me uncomfortably. Immediately, I took out my headphones. I debated turning around, actually. Something seemed “off.”

Instead of moving to the side to let me pass, the guy actually moved to block my path…like he was trying to force me to stop. It was confrontational. I bunny-hopped off the trail to avoid him, when he suddenly lunged at me. I took my right elbow and checked him as hard as I could and sprinted out of there. I don’t even know where I hit him or if I left him standing, to be honest.

When I got off the path on to Martin, there were three police cars and a dude, laying on the pavement. I had no idea what was going on, but I yelled to one of the officers and told him about the encounter. I said, “I don’t know if it’s got anything to do with whatever this is about…” He nodded, and said, “It’s more of the same.” Candidly, he seemed like it was NBD, and didn’t seem super interested in pursuing the guy who was maybe like all of 300 meters away. I assumed it was nothing serious.

Tonight, I was watching the Denver news, and it turns out that guy on the ground was a cyclist who’d been brutally attacked with a large tree branch by the transient, who was trying to hit him in the head and face. The guy’s bike was destroyed, and he suffered some serious injuries.

From the Denver News Channel

Man says he was randomly assaulted on Longmont bike path; police still looking for suspect
Jasper Harden says he was enjoying nature Saturday afternoon when, out of nowhere, a man came at him swinging a tree branch.

The LPD didn’t even really want a suspect description, but I’ll give it here for those of you who might ride or run that direction:

He was a short, Hispanic male with jet black hair that hung around his face and, notably, was wearing a blazer with slacks about three sizes too large. He was maybe 5’6″, and slightly stocky. He was with a Hispanic woman in grey sweats, shoulder length hair and who seemed to have a cognitive or developmental impairment. She was overweight, and about the same height.

Lastly, that section of trail is set off the road, and home to a bunch of transient camps. It’s not a super safe place to be, and the police have a hard time responding due to the location. If you do find yourself running or riding around there, be really attentive.

Had I been five minutes earlier, I’d probably be in the hospital right now, honestly. That’s pretty scary.

Final thought/snippet:
You know, if something seems weird, it probably is. I should have listened to that internal voice and turned around.