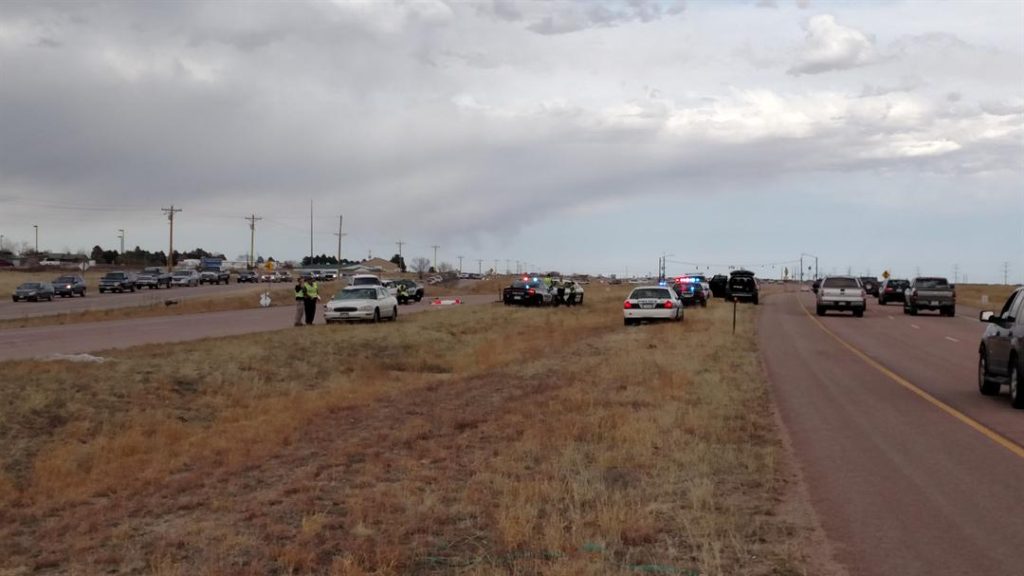 A cyclist was killed Saturday afternoon after being hit by a car at Woodmen and Marksheffel, according to Colorado Springs Police.

The woman was riding her bike in the westbound lanes of Woodmen when she was hit. Her husband was riding his bike with her but was uninjured.

Crews from Falcon Fire Department and American Medical Response responded to find the victim lying down in the road. Emergency responders attempted to save her life but were unsuccessful and the victim was pronounced dead on scene.

Colorado Springs Police Department’s Major Accident Unit is investigating the accident. Traffic on westbound Woodmen is moving slow and drivers are advised to avoid the area.

The driver who hit the cyclist was released, according to police. The victim’s identity has not yet been confirmed.

Check the News5 page for updates

3 thoughts on “Car hits and kills cyclist in Colorado Springs”