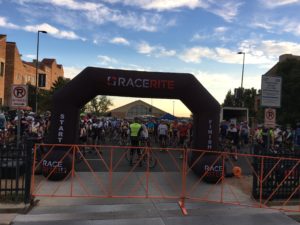 With bikes loaded and gear packed, we headed to Boulder on a cold, dark Sunday morning.  Ahead, 100 miles of cycling with the Buffalo Bicycle Classic.  In our usual fashion we opted with go big or don’t go and signed up for the 100 mile Epic to Estes ride.  In reviewing the course prior to our arrival we knew we had a decent amount of climbing ahead in the first 60ish miles followed by a familiar ride back to Boulder via Hygiene and Longmont.
Pulling into Boulder, we checked in, made our last minute preparations and rolled up to the start.  We had received notice via email that our start was delayed until 7:15 but when 7:15 came there were only three of us remaining that were there to start the 100 mile adventure.  We quickly learned that most of the riders had started in the earlier waves as the volunteers were already moving to their next location before we arrived. 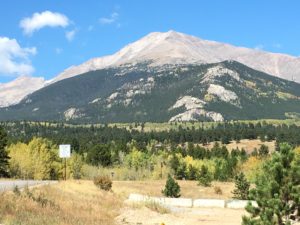 After winding through Boulder we arrived on Canyon.  A left turn and the climbing began.  The canyon was cool.  The sun had not cleared the sides as of yet.  Perfect climbing conditions. As we progressed up the canyon, we started to catch up to other riders.  It was good to have others around and nice to have the ability to climb mostly side by side due to the closure of Canyon westbound.  Approximately 5 miles into the climb, we had an unexpected surprise/reward when a black bear crossed the canyon about 10 yards in front of us!  My immediate response was “holy sh*t – that’s a bear!” Followed seconds later by Mike saying “holy sh*t – that’s a bear!”  The bear came from our right side and crossed the road directly in front of us before disappearing into the shrubs on the left side.  I don’t think it even glanced our way but based on the fact that my highest heart rate of the day occurred right around this spot it could be because I was startled!
Read the complete article here.