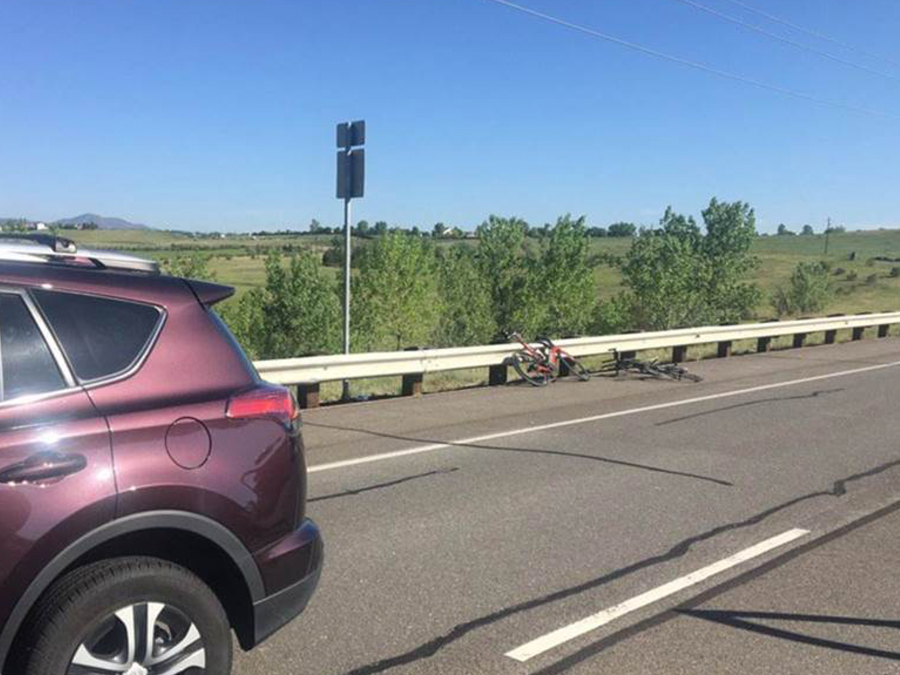 JEFFERSON COUNTY, Colo. – A man on a bicycle was killed Thursday morning after a crash with an SUV near Chatfield Reservoir in Jefferson County.

Troopers investigating the crash said two cyclists were riding together on the shoulder of South Wadsworth Boulevard when one of them veered into the path of an oncoming Toyota SUV.

The victim was pronounced dead at the scene. The second cyclist was not injured. The driver of the SUV remained on location and is cooperating with investigators.

No citations have been issued. Troopers are still investigating the crash.

The name of the victim has yet to be released.

JEFFERSON COUNTY, Colo. — A bicyclist was killed after being hit by an SUV near Chatfield Reservoir on Thursday morning, the Colorado State Patrol said.

Southbound Wadsworth was closed in the area for the investigation as was the off-ramp at C-470, fire officials said. There’s no estimated time for reopening.

The bicyclist has not been identified, but the Colorado State Patrol said he is a man.