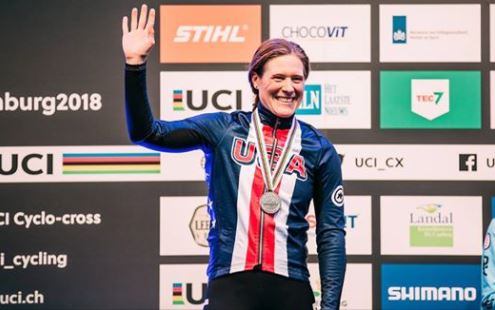 Colorado had a tremendous showing at Cyclo-cross Worlds in Holland last week. Taking top honors was, as usual, Katie Compton, who had a tough battle with the eventual winner Sanne Cant. Katie brought home a silver medal, which was the top performance by an American, only 12 seconds behind Cant. Check out the action of that race here.

But, the most awesome part of the event was that on a six-member team of U23 men, Colorado boasted five of them, all of whom have been coached by our great local teams and coaches over the years. These are the guys we have watched since they were kids. Gage Hecht led the squad with his 9th place finish. Check out the muddy action here.

Congrats to all of you.

Way to fly the American and Coloradoan colors. Great job everyone!