LONGMONT, Colorado — For Cyclocross race fan Loni Sue Jenkins, the series of events that make up the Chesaux Cup will never be just another a race.

For this spirited brunette who’s become a fixture at the start and finish lines of each race included in the Shimano Cycle X Series, the Chesaux Cup is a living, breathing, rolling memorial to a man who lived and breathed the sport. 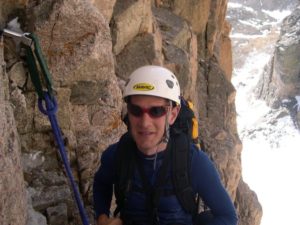 Founded in 2011, The Chesaux Cup is named for Jenkins’s late fiancé Boulder-area cyclist and all around outdoorsman Matthieu Chesaux who died tragically in a backcountry skiing accident in 2008.  “Matt loved skiing, but I knew he loved his bicycles,” she said. “I dropped Lance Panigutti of Without Limits Productions a line and he told me about the Shimano Cyclocross Series and they would love to have a cup to be awarded.” 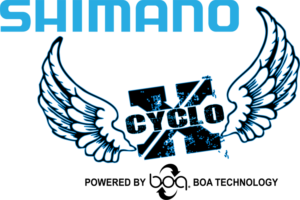 From there, the Chesaux Cup was born. This is the seventh year of the Chesaux Cup, the last race in the series November 18th at Salisbury Park. This years winner will be joining 2011 champion Brandon Dwight, 2012 champion Ken Benesh, 2013 champion Robin Eckmann, 2014 Spencer Powlison, 2015 was the first year to have a repeat champion with Ken Benesh, 2016 was won by Gage Hecht bringing in some of the young blood of the sport.  Lance Panigutti said of the Chesaux Cup “You can win the race once, but if you want to keep your victory, you’ll have to win it again.”

Like its namesake, the Chesaux Cup is in constant motion. Winners retain the award for a year, but must defend their title the following race season.  “Matt would want it this way,” she said. “The fact that it is a living, moving memorial is why it fits him so well. Even when he was sitting, he was doing something.”

The last race of the six races is Saturday, November 18th at Salisbury Park, with the SM Open start at 2:45 pm. As she has been for each of the prior races in years past, Jenkins will be at the start and finish, this year with a baby in tow.

Last years winner Gage Hecht’s had these thoughts about the Cup; “I am very honored and proud to have been the youngest rider to earn this award. Not only does the sense of being part of a strong Colorado Cyclo-cross tradition make me thrilled, but to be able to carry something with so much meaning behind it makes me very gratified. I hope that juniors will be able to benefit from programs similar to what I have had for years to come. I want to also thank Loni Sue Jenkins for keeping the tradition of honoring Matthieu Chesaux and his love of suffering.”

Thanks to the efforts of Jenkins, Without Limits Productions, Panigutti, the racers like Dwight, Benesh, Eckmann, Powlison, and Hecht along with others in the Boulder cycling scene, his memory will live forever honoring his life and the people participating in a sport he also loved.

For information on the Chesaux Cup, please contact Loni Sue Jenkins 720-849-2292, or loni.sue.sullivan@gmail.com