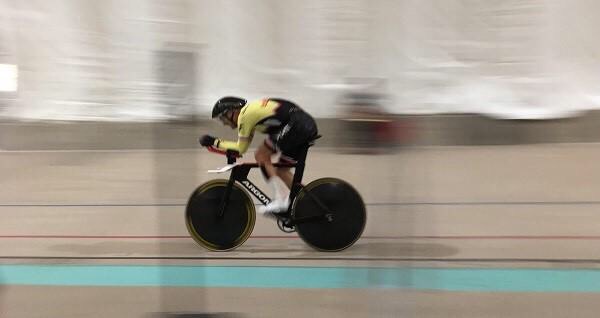 Late last week, Stormin Norman Alvis laid it all out on the track in Colorado Springs and set a new masters world record for the hour, riding 49.392 kilometers, handily beating the old record of 48.891. Isn’t that even faster than Merckx went? Of special note is that Norm’s record also beat the ultimate masters record of 49.361 set by Kent Bostick for the 45-49 age division back in 1999, prior to the tightening up of bike dimension regulations. Our hat’s off to Norm who has been working for this for awhile now. The hour record is often considered the pinnacle achievement in the sport.