As the clock ticked past an hour straight of climbing above Boulder on Saturday morning, I chuckled about the fact that, in more than a decade of living and biking in Colorado, I had somehow never ridden the iconic climb I was suffering on now. Or the fast, flowing canyon descent that followed. Or the gravel rollers that came after that, dry and scorching in the midday sun.

It was a small taste of what is to come over a seven-day test ride for the Mavic Haute Route Rockies. 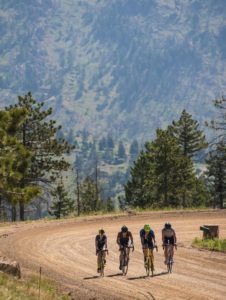 On Saturday, 303Cycling was invited to join a small contingent of other cycling media and some of the who’s who of Colorado cycling for Stage 1 of the preview ride, in preparation for the recently announced Haute Route Rockies that will come to Colorado in June 2017. And with it, our very own backyard will join the Alps, Pyrenees, and Dolomites in this prestigious series of some of the world’s greatest cycling routes.

“This is as high as I’ve ever been on a bike,” said a woman from London, barely halfway up the first ascent. It would only get higher from there.

Stage 1 of the test ride tallied some 7,000 feet of climbing. Sunday’s stage offered almost twice that. And there are five days left. 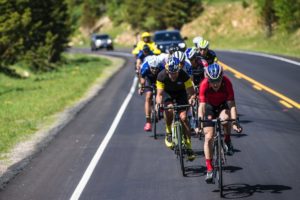 The rest of the route, which organizers are keeping close to the vest until it’s finalized for 2017, will take the long, high roads further up and around the Rockies, ultimately finishing in Colorado Springs. Seven stages, 550 miles, and more than 50,000 feet of climbing.

What is familiar terrain for local Colorado cyclists who tackle it on lunch rides and weekend outings will be a lung- and leg-busting experience for those new to these roads. And for locals, Haute Route Rockies will offer a unique way to experience some home turf, with pro-level support. 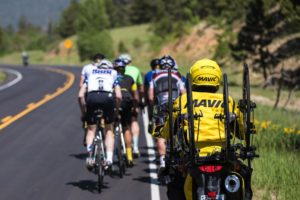 Haute Route events are aimed at providing amateur cyclists with a high-end experience and a level of support to match, with iconic, challenging routes in the cyclosportive tradition.

On Saturday, our contingent of a few dozen cyclists was backed by full mechanical support from Mavic, medical teams, and well-stocked aid stations. There were even rumored to be some magical, Nutella-based Skratch Labs cookies being handed out, though I never was able to track down the mystery musette bag with the remaining goodies.

When Haute Route Rockies arrives in 2017, participants – limited to 600 riders – will enjoy this type of support and more, with timed sections of the course, race villages at each finish, daily massages, point-to-point luggage transfers, and film crews to document the adventure. 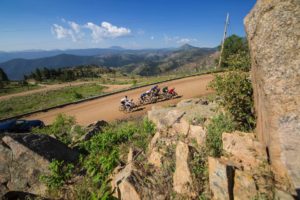 On Saturday, the ride finished with some welcome shade in the park next to the Boulder Farmer’s Market, where burrito bowls and tacos and Thai iced tea welcomed riders in salt-stained kits. Smiles and stories of the day were shared amongst strangers and old friends alike, as thoughts turned to rest and recovery – an intimate preview for what’s to come this week, and more so for what’s to come next year.